Chromecast vs Chromecast Ultra: Google released the original Chromecast in July 2013; it was the first smart home product from Google. After that, the Chromecast 3rd Generation created a buzz in 2016, and now with the release of Chromecast Ultra in 2018, people are bewildered about which one to buy, the original version or the next upgraded one. Here, we will discuss Chromecast versions in detail so that you can make your call easily.

Know about Chromecast: Chromecast is basically a small device that helps you to cast your TV on your laptop or desktop. It requires plugging into an HDMI port on your TV, A/V receiver for performing media streaming.

Read More: How to Setup Chromecast on Windows 10 Computer?

Similarly, to free your phone for doing other activities, you can open the app on your phone, Chrome in your laptop and cast the media to Chromecast receiver. The media will start playing on the TV and your laptop or phone is free to do other things.

Chromecast is also capable of portraying the local content from your phone but at the time of live streaming, it will not appear in the same manner. In this case, it will make the required connection with the course and stream directly.

This will save battery and the network bandwidth that your phone has. Here, you can use your phone or computer to control streaming like pausing the playback, increase or reduce volume.

However, the power of actual transmission is handled by Chromecast. There are thousands of apps that facilitate streaming and are compatible with Chromecast and Google itself has introduced a huge list of Chromecast enabled apps.

Now, let us look at the key differences between Chromecast vs Chromecast Ultra, around which there is a huge buzz in the world now. People, who have already experienced the Chromecast original, are eager to get the new version because they want to use the upgraded version.

However, the problem intensified with the new users who have not purchased the original version and with the update launched now they are confused about which one will be best to invest in.

We thought that the key differences between Chromecast vs Chromecast Ultra will help you understand the different features and according to your requirement, you may get the right one for you.

Do you know what more features are added to Chromecast Ultra than Chromecast original? Here we have jotted down it as a list to alleviate your understanding.

4K Is The Biggest Difference 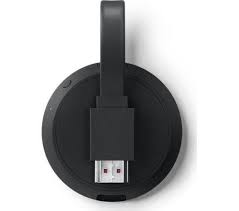 The high definition videos are the main difference that the Chromecast Ultra is making. It can output the streaming videos at 3840 by 2160, in contrast with Chromecast regular that is limited to 1920 by 1080.

It is actually four times better pixels and of course, this has created a new standard for the shows of prime streaming apps including Hulu and Netflix. In addition to the high definition, Chromecast Ultra has more supports for high range videos.

Each pixel is capable of covering a wider and vivid range of color and lights to videos, One thing you have to make sure and that is the resolution of your TV. If your TV supports 4K videos, you will get the real essence of this device that can produce the exact effect of 4K on your television.

Chromecast Ultra includes Ethernet Adapter. What is so special about it? With the device, you will be able to plug in directly to the router or modem. This makes sure that you can get the fastest streaming experience without any hassle.

You can enjoy proper seamless video streaming with this feature. If you have a good router that can utilize the network in the best possible way, the wi-fi connection is a reliable option for you.

In the case of the wired network, more speed and reliability is ensured, as per the surveys. It can create a strong bridge between your TV and Netflix irrespective of the 4K HDR videos or 1080p videos considering your network capacity.

Google, the introducer of the device explains that Chromecast Ultra is more powerful than regular Chromecast. The least time it requires to load the videos is noteworthy and that makes another great difference between the two.

In lesser time, people are capable of streaming better quality videos with the upgraded version and that is the great thing to consider. Who doesn’t want a faster device that can fetch high-quality videos?

Up to this, you must be thinking of investing your money to Chromecast Ultra only when there are so many added features available. However, there is a catch and that is the point of this discussion.

The question is still there, should you upgrade your device to Chromecast Ultra or not? Here, we have segregated two groups according to Chromecast Regular and Chromecast Ultra, which will be better for whom. It will help you understand whether your investment will be worthy or not.

Who Should Buy Regular Chromecast?

The 3rd generation Chromecast that Google has released earlier is the basic model with the feature of media streaming. The 1080p videos can handle it well with the support of 802.11ac Wi-Fi at both 5GHz and 2.4GHz for good quality and easier setup.

It has a powerful USB port that enables it to be powered by the TV. The power adapter enables a direct plug into the older TVs.

The only shortcoming that it includes is that it doesn’t support 4K videos which are advanced standards for streaming. Its limits to 1080p videos.

One more thing to note and that is for the streaming it doesn’t require much higher bandwidth for the network, so people who have a limited bandwidth of the internet, can go for it. And also, if you don’t stream such contents that demand a lot higher resolution, you can use it easily. The price is also lower than ultra!

Who Should Buy Chromecast Ultra?

The main difference can say that it is the speed and resolution it incorporates. With a suitable internet connection, you can stream up to 4K and HDR content with it flawlessly. It is a lot faster than the regular version and so you can expect no buffering during the process of streaming.

Chromecast Ultra connects the GHz. same as the regular Chromecast but it has an added antennae for a faster speed of network with low latency. The inclusion of an Ethernet port makes it more effective for power supply and it is inevitable for 4K streaming.

If you have 4K HDR contents to stream and watch on a 4K TV Chromecast Ultra is your pick so buy Chromecast Ultra. Despite being a couple of years old it is enough capable of stream videos seamlessly with the support of enough network bandwidth and speed. The support of Ethernet prevents your extra investment on the Ethernet adapter.

Hopefully, this guide has been helpful to you. Chromecast is an excellent product of Google dominates the market for a long time and still, even after a couple of years of its launch, it is still a favorite choice for many customers.

This guide has briefed up about the features of the regular and upgraded version of Chromecast, now it is your call to decide the best one according to your needs and preferences. Keep visiting Phoneier.com for more such blogs.

How To Stop Location Tracking and Remove Location History?

How To Stop Location Tracking and Remove Location History?

Chromecast vs. Chromecast Ultra: Which should you buy?