Skyrim Nintendo switch: Skyrim is a game in-demand since it was launched. The Elder Scrolls V: Skyrim was initially covered only a few gaming platforms like Playstation 3, PC, and Xbox 360, but now gamers have more and even better gaming platform options.

Skyrim is now available for Xbox One, Playstation 4, you can play Skyrim on Nintendo Switch and also use VR headsets to enjoy the game to the fullest.

Playing Skyrim on the Nintendo Switch 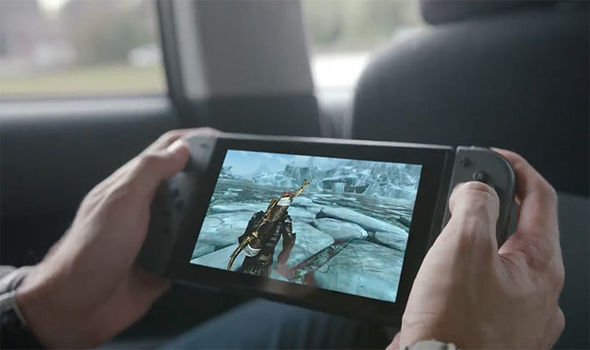 For the first time, you can play Skyrim on a handheld gaming device. Playing Skyrim switch game on the Nintendo Switch offers a different gaming experience in many ways.

Nintendo took gaming to the next level by introducing a switch online service. You can play games online and subscribe to their services.

The Nintendo Switch version of Skyrim is a bit lower in visuals comparatively, but the main catch here is the mobility. You don’t have to stick to one place when playing Skyrim on the Nintendo switch. You can take the game console anywhere you like when on the way to work or when you out on your lawn or elsewhere.

Playing on the smaller device has some more minor drawbacks like the text will appear smaller, and the loading time will be a few seconds more than usual. The portability feature is something that can make you ignore all the minor drawbacks. 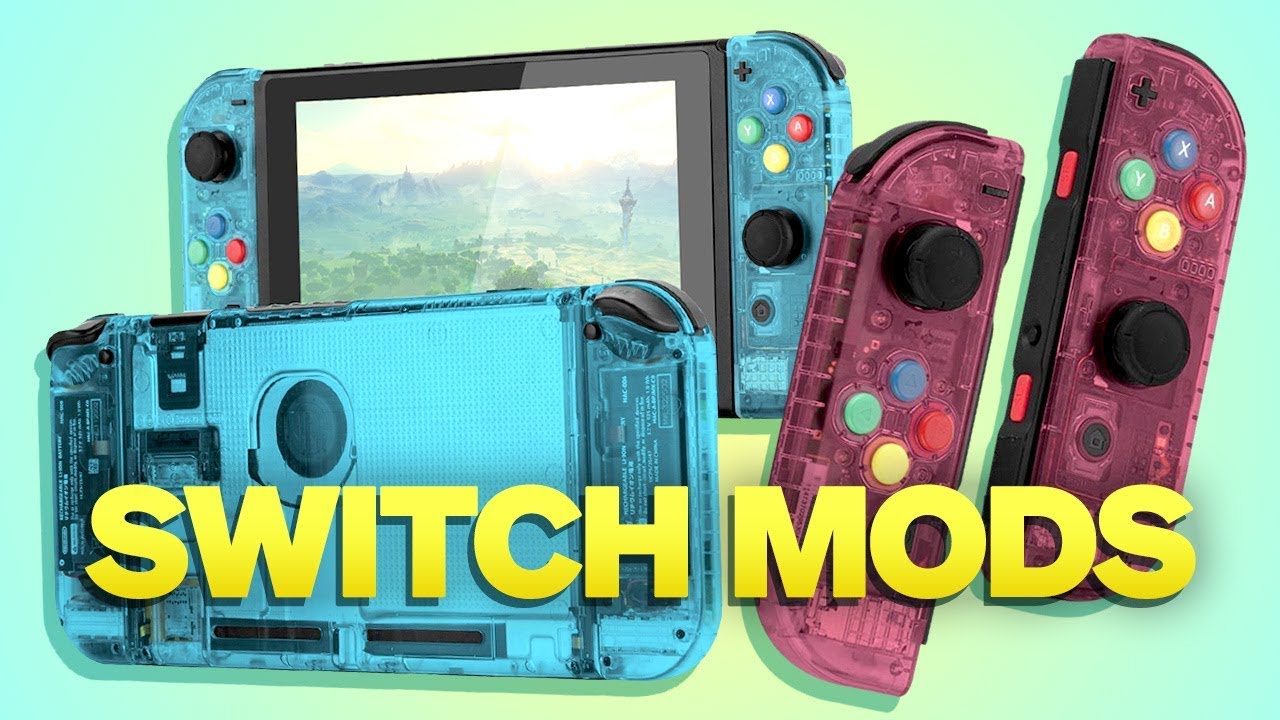 When you compare gaming on Nintendo switch with other gaming platforms, the significant difference you will see is the absence of some mods. There are several amazing mods you can use on the PC, Playstation as well as Xbox versions of the game. The Nintendo version of the game features only the vanilla mode experience. 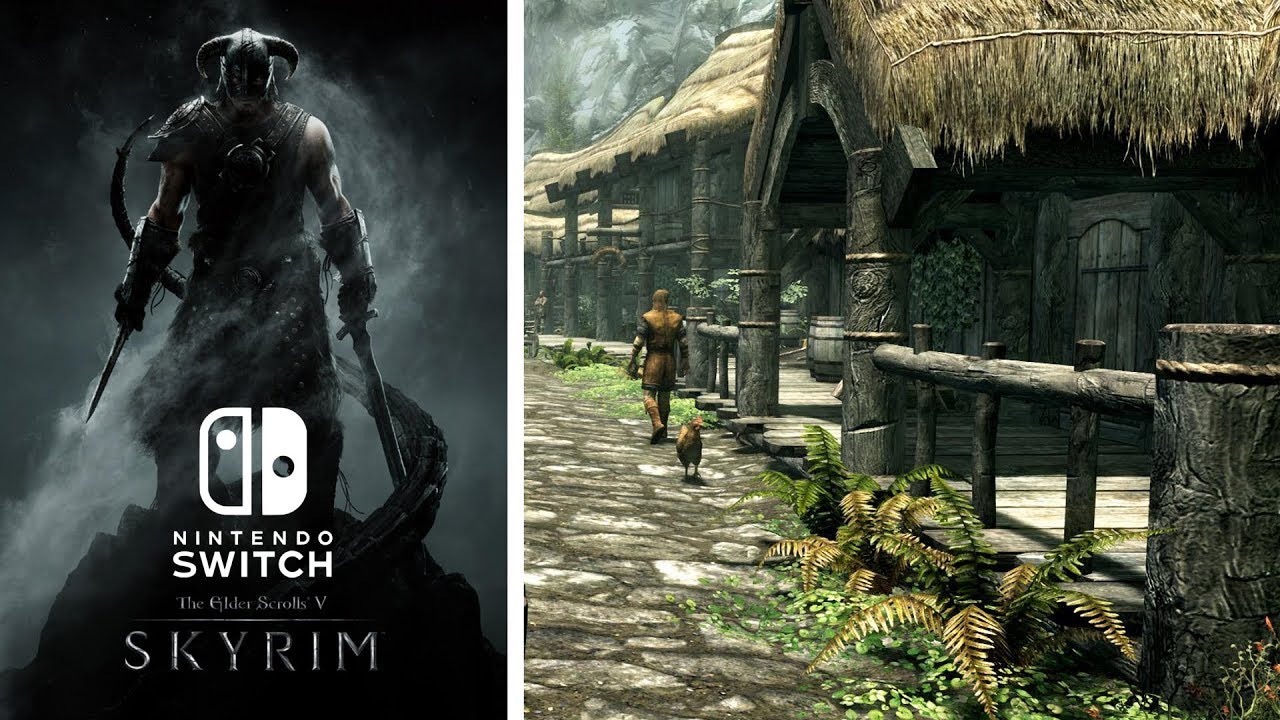 When talking about Graphics, it will not come to a surprise that Switch lacks the quality of visuals compared to the bigger game console Playstations and Xbox. Being a smaller device lacks the space of high-end graphics. However, the visual is not that bad, it looks simple.

Nintendo features gaming on 720 p resolution, which is pretty good for a 9.4inch x 4-inch gaming device. When you dock Nintendo with TV it’s resolution goes up to 1080p for the big screen.

Even the lack of high definition visuals makes the Switch a stronger game console as it has the power of portability that other gaming devices don’t have. The top Nintendo Switch games version is much better than the earlier version of PlayStation 3 and Xbox 360.

The main options you get on the Switch for Skyrim includes quicksaving that was released in the special edition version of the game. Two things can be a problem at Switch that is text appearance and brightness.

Text appears smaller, so while there are any dialog boxes and descriptions, you have to read it carefully; otherwise, you will miss out on something. Care should be taken by companies that bring ports to the Switch, the text should be made readable, or at least an option of increasing font size should be made.

Besides text size, the other issue in Nintendo you might face is the brightness. You will not find an in-game brightness setting. Some of the areas of the game that have darker visuals are harder to see because of the brightness. If you get used to the brightness, the game shows the full-scale Skyrim world. 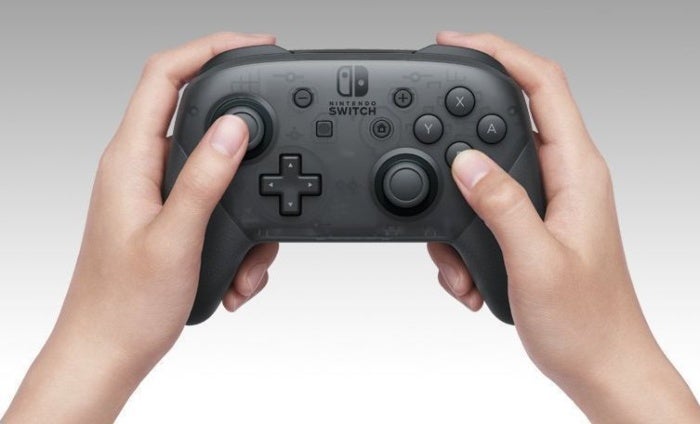 There is not much difference in the gameplay of Switch and gameplay in other gaming platforms. The only change you will see here is the motion controls. Nintendo has been quite known for the use of motions and gesture-based game actions, and the same is the case with the Nintendo switch.

When you dock the device, you can divide the Joy-cons off from the Switch and play the becomes more fun, especially with the include motion controls. You can use Joy-con for gestures like swinging the sword by swing your hand.

When you bring your hand above your waist, your game character will take a defensive position with the sword or will take shield as a defense.

When you choose Legend of Zelda as your game character, you can play with the new games control features. Enable setting from the ‘controls’ section of the menu and aim and shoot with your bow. Aim your bow on the option press ZR and move with your joy-cons. Although all these controls are fun and exciting, they are entirely optional; it’s not applied to you.

This edition of Skyrim is the Nintendo version, and so the control buttons are of the XYAB buttons, moved out of Xbox and PlayStation. You have the option to alter the settings if you want to but, but it will cause trouble while playing other games on the Switch. The gameplay in Nintendo is a modified version; there is not much difference, just minor changes. There two things that have been tweaked in the gameplay that is the Amiibo support and new outfits for the characters. For those who don’t know about Skyrim switch Amiibo is the figurine of the game characters launched by Nintendo switch games.

The Amiibo can be used with the console by a tap. They look super cool and are available for all the popular games on this Switch so you can collect as many as you want.

There are several Amiibo figures available for Skyrim that helps you in the adventure of ‘Legend of Zelda’ in Skyrim.

The outfit here is the link’s outfit from the legend of Zelda, it is only available for the Nintendo version and can not be found in any other gaming platform. You can get the outfit in-game as well as by the Amiibo if you prefer that way.

That’s it, Folks! This was all about Skyrim Nintendo version and the difference of playing Skyrim on Nintendo than other Platforms. The game is not entirely different than another platform; instead, it’s more similar than different.

Apart from a few changes, it is the same game that you have played in your Playstation or Xbox. The gaming experience you get in a smaller portable device is a big difference here.

If you are looking for more such information based on apps, phone, computers and more visit our website Phoneier.

Nintendo Switch Jailbreak: Everything you Need to Know!

Fortnite for Android: Everything You Need To Know

Pokémon Go: How to get Leafeon, Glaceon, and all the Eevee...

Nintendo Switch Jailbreak: Everything you Need to Know!